As a third generation Adventist, I was a firm believer in Ellen G. White and her prophetic ministry. I was taught in my very childhood that belief in Ellen White was essential for salvation. I had held her in high regard and believed her to be a genuine prophet. But God, in His providence has led me to the truth and opened my eyes. One day in my quiet moments as I reflected on the portion of the Gospels I had been studying, I could see that what we can understand straight from the Bible is quite contrary to what we read in Ellen White’s writings. 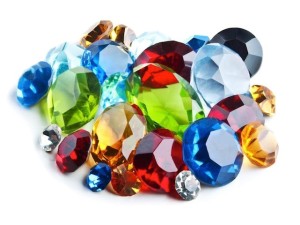 This has led me to take a second look at The Desire of Ages, a book considered to be an inspired interpretation of the Gospels. So I began my investigation by comparing The Desire of Ages with the Bible, and to my surprise, found it to be out of harmony with the Bible in many areas; with a large amount of fiction, misinterpretations, contradictions and additions.  Much of her information cannot be proved from the Bible. What was the source of information for this classic book? The following is an exaggerated explanation given by the producers of the Desire of Ages:

“In the following pages the author, a woman of large and deep and long experience in the things of God, has set forth new beauties from the life of Jesus. She has brought many new gems from the precious casket. She opens before the reader undreamed-of riches from this infinite treasure house. New and glorious light flashes forth from many a familiar passage, the depth of which the reader supposed he had long before fathomed”. – Desire of Ages, p. 10, 1898. This testimony is further supported by Elder James White’s assertion of his wife’s literary uniqueness. He says, “In her published works there are many things set forth which cannot be found in other books… if commentators and theological writers generally had seen these gems of thought which strike the mind so forcibly…where did Mrs White find them?… She could not have learned from other books, from the fact that they do not contain such thoughts… It evidently requires a hundred times the credulity to believe that Mrs White has learned these things of others, and has palmed them off as visions from God, than to believe that the Spirit of God has revealed them to her” (James White, Life Sketches, pp. 328-329: Steam Press, Battle Creek, Mich., 1880). Not being convinced by these statements, I under took to search for the “precious casket[s]” from which she claimed to have brought these beautiful gems. This paper is the result of my quest for truth on the question of inspiration, integrity, and the alleged plagiarism of Ellen White, titled, “The Borrowed Gems.” This paper covers a wide range of familiar themes (on doctrines) from the Bible; health; astronomy (existence of other worlds, sinless beings on other planets) treated by Ellen White, and draws parallels from earlier authors.  If you want to know the real source behind the so called divine revelations; visions and dreams, unique insights, and testimonies of Ellen White, then this is a must read. I sincerely hope this presentation would be an eye-opener to Adventists who still regard her as a “continuing and authoritative source of truth which provide for the church comfort, guidance, instruction, and correction,” – a prerogative which belongs only to the Scriptures and to no other book. (See 2 Timothy 3:16).